ANDY “TRAV” TRAVNICEK, THE QUINTESSENTIAL DAEDALIAN WHO LOVED TO FLY 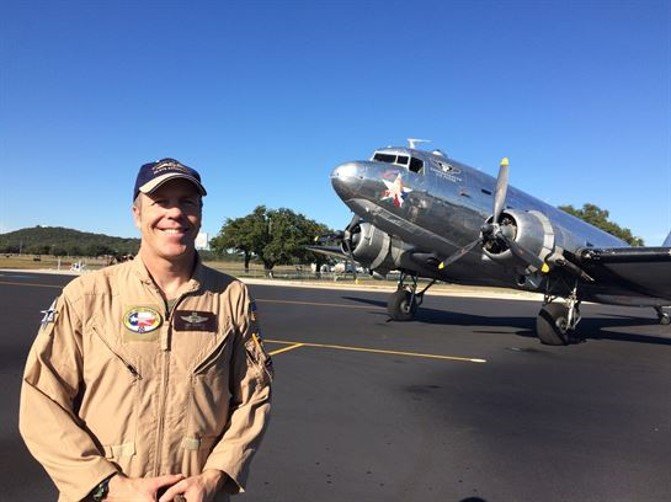 The Daedalians and Flight 53 had a devastating blow in 2021 when we were informed Lt. Col. Andrew E. “Trav” Travnicek, USAF (Ret), passed away unexpectedly on Friday, August 20, 2021, doing what he loved. Andy had a tremendous zeal for life and sought to make the most of each moment.

Andy, 50, Hampton, NH, attended the US Air Force Academy (USAFA) and graduated with the Class of 1993. He was a phenomenal academic cadet in his Cadet Squadrons (Tough 20 Trolls and Rebel 11) and was an Aeronautical Engineering major. While at the Academy, he learned to fly gliders and became an Instructor Pilot. As a Distinguished Graduate, Andy was selected to attend Harvard University after graduation, but instead he decided to join the other soaring Instructor Pilots and classmates in the highly selective Euro-NATO Joint Jet Pilot Training Program (ENJJPT).

During his 20-year Air Force career, Andy flew the C-21 Learjet, Lockheed C-5 Galaxy (including Special Operations Low Level missions), Beechcraft T-34C Turbo-mentor with the US Navy, Beechcraft T-6 Texan II and Beechcraft MC-12 Liberty aircraft. He also completed deployments to Qatar, Afghanistan, and Spain. One of his favorite C-5 missions was transporting presidential vehicles to the People’s Republic of China to support a visit by President George W. Bush.

Five years into his Air Force career, he met and married fellow pilot Sandy (USAFA ’91). She was the perfect match for Andy’s boundless energy in exploring the world in outdoor adventures of the sky and earth. After retiring from the Air Force in 2013, Andy and Sandy joined JetBlue Airways and Flight #53.

Some people in life are so passionate about a subject that they do that activity for both their job and as a hobby. Andy was one of those people. Andy loved to fly. He had nearly 14,000 hours in the air, every minute carefully cataloged in a logbook. To put that into perspective, that’s like being airborne for more than a year and a half, solid.

Andy was a Pilot’s pilot – the pilot others lean on to teach them; the pilot other pilots admire. Andy enjoyed sharing his talents and gifts with others and was especially focused on helping people achieve their dreams of flying. He dedicated his time to various organizations, including Daedalians, Angel Flight and EAA Young Eagles. Additionally, Andy was a flight instructor at Hampton Airfield in New Hampshire.

In addition to aviation, Andy enjoyed riding motorcycles, training for and competing in triathlons, hiking, paddle sports, and photography. He had a strong Christian faith and treasured his relationships with family and friends. If Andy was your friend, he was a friend for life.

Andy’s passing was recognized by his fellow elite aviators. He was honored by the USAF Thunderbirds with a missing man formation at the Pocono Raceway Airshow on Aug 21, 2021. There was also a flyover and banner tow the next weekend in his memory.

A most amazing tribute occurred on the ground at his local airfield during a small ceremony. An old wooden piano was set on fire while the pianist slowly played the 3rd verse of the Air Force song. This tradition to fallen pilots traces back to the Royal Air Force.

Andy is survived by Sandy, his parents Edward and Dorothy of Hampton, NH, his sister Julie Burns and her husband Jamey and their sons Cole and Jameson of Roopville, GA.
His family, friends, and Granite State Flight #53 are all proud of the legacy that Andy left – encouraging young people to become pilots and inspiring everyone through airshows and heritage aircraft demonstrations.